I fell in love with my husband at first sight and devoted everything to him. He made me fall in love with his romantic attitude, he was treating me like a princess, and started our life. Because I fell in love so deeply, I was blinded by love and put him always first, not myself. I treated him as my only one, also looked at him with the most beautiful eyes, and gave him all my best.

When I realized that I am pregnant, we were together full of excitement and joy. Soon, my father bought an apartment for us. My husband did not work, and he used to stay at home to take care of me. On the other hand, I managed my family’s finances by doing my job and collecting my salary. With the salary I collected, I bought a car just before I was born. Of course, my husband started to drive the car. And happily, my son was born. The 3 of us were very happy, but only for a short time until my son become 4 months old.

Since my son was 4 months old, my husband has stopped showing up at home, sometimes disconnecting his phone and disappearing for days at a time. During this time, I gained a lot of weight and even looks awful. At first, I thought that he would go out for seeing his friends for a long time, but I was starting to feel a lot of pain inside. When he drives the car, he comes in the night or comes exhausted the next day. I thought he used to drink with his friends. I believed him, saying that stop drinking now.

Moreover, all the collected money has also run out. I said you need to work until I go to work, but he only said I would. One evening, my colleague called and said that my husband was going to see a movie with a girl. I was shocked to hear the news because I had never been cheated on before. When he came in at night, he comforted me by saying, there was nothing like that.

He said that he was just dropped someone at the movie theatre. I believed that too. His phone never had a code, so I took it whenever I wanted to listen to music, so I believed that there was no way he could be with someone else. One day, while my husband and son were sleeping, I had to go to a nearby place for work, and I heard a phone ringing under the mat. When I stopped, I lifted the mat and saw that there was a phone. When I looked at the number was calling, it was from the number “Love”.

My hands were shaking, and my heart was beating fast, and I finally picked up the phone but she asked “I want to talk with” by saying my husband’s name. When I asked who are you, she said I am his girlfriend. Everything was revealed, when she asked if I was his sister. After talking to me, that girl hung up the phone saying that she did not know that she had a wife. God, those secret phone messages are so scary. I was unable to finish reading. When I came back home my eyes were blurry, also crying and I threw that phone to my husband. But when I hoped that he would apologize to me, he got up in a terrible rage, tied my throat, dragged me out of the balcony, and tried to make me fall from that high. I thought I would die speechless.

Who are you to touch my things? I am ashamed of you, that fat mustard he said to me and called the other girl on the phone in front of me. Also, he said that “Are you surprised my love let me go and explain to you” he left saying. I was still in shock, not even noticing that my son was crying. The terrible day was. Why are you deceiving me like this? Asking from myself why, and I cried like crazy all night.

He did not come home for 1 month, after leaving. I called him later and begged him in every possible way, also threatening to kill me. Even though I called the girl and asked her to send my husband saying by I do not blame you, I just wanted him to be a father to my son. Solve your problems. She said he doesn’t have a wife, so she hung up the phone and did not pick it up again.

After leaving my son with my father, I found the girl’s home address and knocked on the door. It was my husband who opened the door. As soon as he saw me, he immediately slammed the door shut. As I was about to knock again, the door opened and he jumped out and dragged me up the stairs. I didn’t even dare to speak. Only that girl came out from behind and said that the caretaker would hear you why do you have to drag her down? That was the thing I remember most vividly.

So, my husband beat me in front of his girlfriend, and said that disappear from his eyes with my child, also I love this person. How can life be so hard on me? I lived as if I was dead from that day on, wondering what I had done wrong. The worst part was that 3 months later, my husband came knocking on the door. He was kneeling and crying and saying forgive me, my love. I missed my son. I missed you guys so much by saying that I forgave him. There were a lot of complaints inside me, but I decided to forgive and live with him by thinking about my son.

After that day, little by little, I got back to normal, and after 6 months, my heartache was almost healed. My husband is always saying that he would be different. He started to talk about going to Korea, after working for at least 2 years, we will have money and we will live better for all 3 of us”. My husband went to Korea after a long way, selling the car, mortgaging the house, and borrowing money with a lot of interest. He kissed me on the forehead and left the house, saying that he would come and open the store of my dreams.

I couldn’t go to the airport, because I was afraid of he would drag my son along. So, every day we chat and write to each other the words I miss and love each other. 2 months later, I was about to go to work again. I took my son to my father for the day and started working.

One day, having fewer things to do at work, I accidentally wanted to check the other girl’s Facebook page, but a photo of my husband and her were on the cover. When I entered her Facebook, there was a photo taken by my mother-in-law’s house which the description was love and I. After that, I would remember nothing from that like a half-crazy person. Suddenly, I was already standing outside my mother-in-law’s house. My mother-in-law and father-in-law live in the countryside, so my husband’s younger brother lives in the house. I knocked on the door, praying that I was mistaken and that the girl opened the door.

Unknowingly, I screamed and cried. Having never slapped anyone before. Suddenly, someone hit me from behind and took me away from her. Naked over my husband saying enough now. I have nothing to say. I broke up with you. I could not live without this person. He also said that is why I went out and got away from you. Now that we have known, let’s all finish it., it has been exactly 2 years since this happened. I have irreversibly become a single mother. Doing my job and raising my son. During this time, no man was included in my life. I must have lost trust in people. He trampled all my hopes and dreams to the ground.

I have a beautiful body again and I am starting to blossom. But it seems that I can no longer see things in a good way. But eventually, my good character will come back slowly. I hope so. On the other hand, one shadow has been following me for the past 3 months. My son’s father is following me, begging day and night because he has nothing. He even sat under the window at night. If it was 3 years ago, I would go out and hug him. But now that love has disappeared without a trace. He even did a terrible act to seek forgiveness from us. But the worst part is that I was not shocked at all. Not become vulnerable by that. A great love of mine went away 2 years ago. 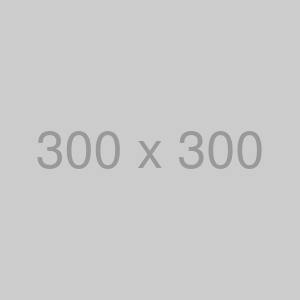